We tested this method of vertical growing over the 2014-15 season and here is the long awaited update! So sorry, we got busy with plans for our farm expansion and this follow-up got neglected...

These towers are pretty impressive. We were able to get excellent harvests of some greens and some root crops, although I believe any of these crops would have had better yields in the ground. I let the greens grow to medium and larger sizes for harvest but they could have easily been harvested as baby greens. So, the bottom line is that if you have limited ground space, or if you are unable to spend a lot of time on your knees, these towers are a great option. And our Fantastic Garden Calculator can easily be used to make a garden plan for one or more tower to make succession planning easy so you can get the most out of the growing space. The Garden Tower "growing space" dimensions are easily converted to Fantastic Garden Calculator plan dimensions. When visualized 2-dimensionally in the image below, the growing space including the tower top consists of one 36" wide row that is 45" long, with a dense plant spacing of 6". 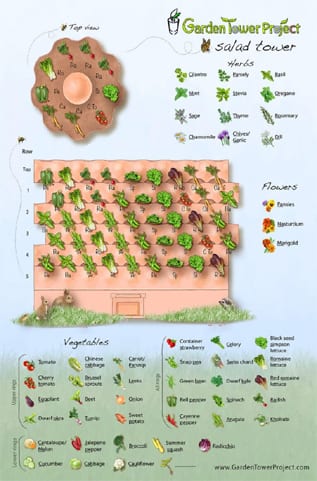 We planted Red Russian kale, Rainbow chard, Morris Heading collards, Nobel Giant spinach and many varieties of lettuce in the pockets on the sides of the towers and we planted Bull's Blood beets, Hakurei turnips and Scarlet Nantes carrots in the tops of the towers. During the main season the kale, collards and New Red Fire and French Batavia varieties of lettuce did very well. Of course, in the hot part of the mains season everything suffered but this would occur for crops in the ground too. Spinach did not do well at all, however I really never had good luck with it even in the ground.

As for the root crops during the main season, carrots and turnips did very well but the beets stayed small, although the beet greens grew vigorously all season.

Before we filled the towers with soil I mounted soil heater cables on quarter inch mesh, formed it into a tube and placed this inside the tower between the tower side wall and the compost tube. In the late fall we covered the towers with row cover and plugged the heater cables into timers so that they would go on at night. This extended the season for the greens but once we were well into winter both greens and root crops went dormant.

Regarding the compost tube and worm activity, it functioned amazingly well. The vegetable scraps and egg shells we added broke down quickly and created a nice compost. I would discourage anyone from putting potato peels in though, these tended to sprout, with the sprouts escaping into the growing medium through the holes in the compost tube.

All in all, these towers would be great to use as kitchen garden growing spaces, on the patio or another type of flat surface with good sun exposure. I think they would be great for anyone who doesn't have a lot of time to weed, or for someone who isn't too mobile such as older folks who may have issues with their knees.

If you would like to try this tower system check out our affiliate link.

Photos from our study of this tower system: 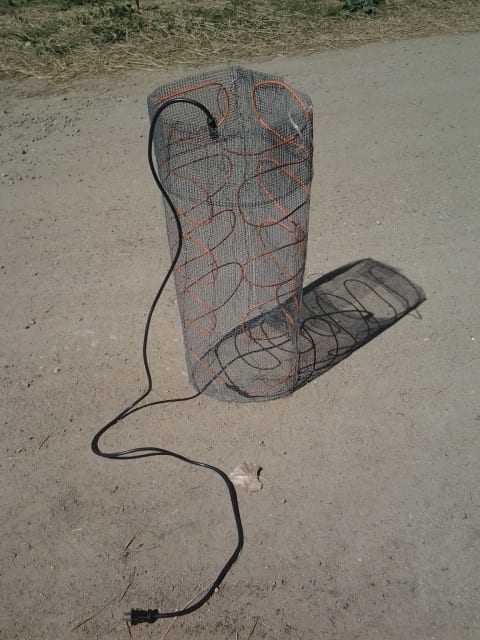 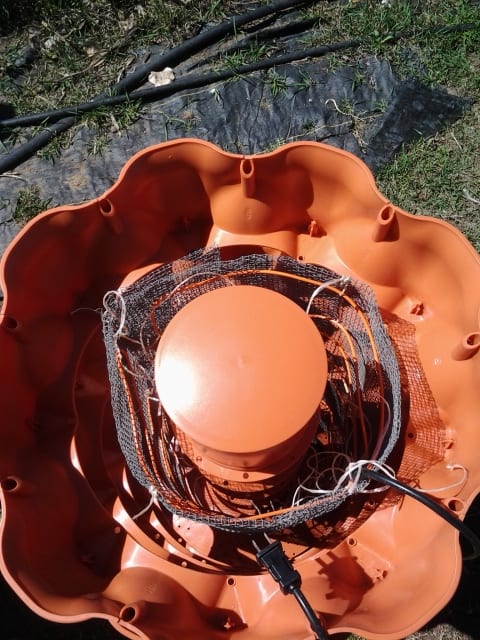 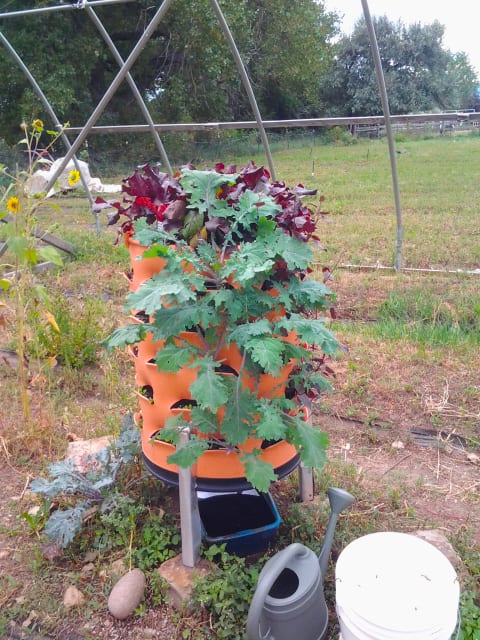